If you have made it to this page, obviously you are more than casually interested in GBC. Like you, I would like to know a little more about the church I was possibly interested in visiting. Thus, allow me to help give you some further details as to what kind of church GBC prays to be.​

​     A personal friend of mine, Dr. David Cloud, wrote an article not so long ago that not only spoke to my heart but spelled out some defining factors that I am praying be true of me and GBC. Listed are some of the things we agree on.

First off, I would like to know more about what type of pastor GBC has. GBC is interested in having a God-called man; Biblically qualified; One that is Christ-centered with good Christian character and testimony; A man that loves his wife and disciples his children; Well-trained in the Bible and aware of the issues facing churches today; A man given to study and prayer, who is committed to God's Word rather than human traditions; Humble and can work with other men as we see in Acts 13; A man of faith and courage who fears God MORE than man; A man willing to walk alone if necessary for the truth's sake; A man of serious spiritual wisdom and discernment; A man of passion for the truth and who esteems God's precepts concerning ALL THINGS to be right, thus hating every false way (Psalm 119:128); A man who has a large vision and zeal for gospel preaching, world missions, and church planting; A man who is wise about salvation, understanding repentance and knowing that saving faith is always accompanied by a change in life; A man who is ready and willing to exercise Biblical discipline when necessary and will not draw back because of its difficulties; A man who hates religious pragmatism for the evil thing that it is in God's sight (e.g. making decisions about the ministry based on what "works" to produce a desired goal as opposed to making decisions based strictly on Bible Truth).

Secondly, I would like to know more about what type of church GBC is interested in being like. For example: One that has qualified pastors, officers, and teachers; One that is strong in the Bible, that builds up the people of God in God's Word in a serious way; One that is Biblically separated from this filthy, foolish world; One that builds up holy homes to raise children to be disciples of Christ; One that preaches the gospel zealously and is very careful about salvation (looking for clear Biblical evidence, even in children); One that is wise and educated about the very fundamental issue of music and that is forthrightly rejecting sensual, worldly, and ecumenical music that is a bridge to the one-world church crowd; One that practices Biblical discipline in a Godly, compassionate, but unabashed manner; One that actually prays together, is kind, and seriously disciples young people; One that has a vision of training preachers and sending them out to start new churches; One that multiplies themselves; One that supports missionary work in far-flung places, not merely throwing a few dollars at them and barely (if at all) even reading their "prayer letters", but a church that knows their missionaries and prays for them and loves them in Christ as part of their extended spiritual families.

Of course there is so much more we could list, however, this is a small sample of what you can expect of GBC. We realize this "description" alone will not be very appealing in our day, but we believe God has a way of building His church and putting like-minded believers together.

If GBC sounds like a place you would be interested in, certainly you are invited to worship with us! 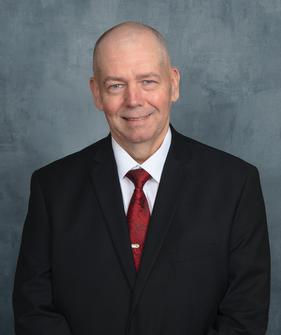 A note from the pastor...

what i would want to know about grace baptist church